The Little Prince is a 2015 English-language French 3D animated fantasy adventure family drama film directed by Mark Osborne and based on the 1943 novella of the same name by Antoine de Saint-Exupéry. The film stars the voices of Jeff Bridges, Rachel McAdams, Paul Rudd, Bud Cort, Marion Cotillard, Benicio del Toro, James Franco, Ricky Gervais, Paul Giamatti, Riley Osborne, Albert Brooks and Mackenzie Foy. It is the first adaptation as a full-length animated feature of The Little Prince.[9] The film relates the story of the book using stop motion animation which is woven into a computer animated framing narrative about a young girl who has just met the book’s now-elderly aviator narrator who tells her the story of his meeting with the Little Prince in the Sahara desert. The film’s animation was provided by studio Mikros Image.[7]

The film premiered on 22 May 2015 at the 68th Cannes Film Festival in an out-of-competition screening,[1] followed by a wide release in France on 29 July by Paramount Pictures.[2] The US theatrical release was set for a release date of 18 March 2016 in RealD 3D, but was dropped due to cutting budgets. Netflix later acquired the US distribution rights and released it on 5 August 2016.[10][11] The film has received positive reviews, earning praise for its style of animation and homage paid to the source material, and earned $97.6 million on a €55 million budget, becoming the most successful French animated film abroad of all time.[12]

An ambitious young mother imposes a life plan for her daughter that leaves no time for leisure, all for her to enroll in the prestigious Werth Academy. The girl, however, becomes distracted by her elderly retired aviator neighbor, who tells her the story of the “Little Prince”, claiming that he encountered him in the Sahara after crash-landing there. The aviator recounts the Little Prince asking him to draw a sheep. Lacking skill, he drew a box instead, explaining that a sheep was inside, satisfying the Little Prince.

The girl and the aviator continue to read and play together without the mother’s knowledge. The aviator tells the girl about the Little Prince’s home, “Asteroid B612”, covered in baobab sprouts. He states that after clearing away the sprouts, the Little Prince found and nurtured a Rose into maturity. Despite becoming his friend, she was rather selfish, which caused the Little Prince to travel to elsewhere with a flock of birds. After meeting some adults on other asteroids, he eventually landed on Earth, meeting and taming a red fox. After a while, the fox bid goodbye to the Little Prince, advising him to always see with his heart. The aviator gives the girl a stuffed fox as a gift, telling her that he will leave soon to go find the prince.

The two decide to go out for free “birthday” pancakes; when pulled over by a police officer, the aviator is revealed to have no licenseand the officer returns the girl home. Realizing that she has not been following the plan, her mother redoubles her daughter’s assignments. Nevertheless, the girl continues to read the story of the Little Prince, secretly visiting the aviator to find out the story’s ending. The aviator tells her that the Little Prince had succumbed to a venomous snake bite in order to be reunited with his beloved Rose. Although the aviator assures the girl that he firmly believes the Little Prince succeeded, she is so upset by the dark twist to the story that she wishes she had never met the aviator or heard the story.

Towards the summer’s end, the aviator is hospitalized. Wanting to put things right, the girl sets off in search of the Little Prince. Escaping through the gutter, the girl falls into the aviator’s yard and blacks out. After she awakens, the girl, accompanied by her now-conscious stuffed fox (probably the reincarnation of the real one)and the Little Prince’s story pages, flies the aviator’s plane into space. They find all the stars mysteriously gone, all the while landing on an asteroid populated by workaholic adults owned by the “Businessman” from the Little Prince’s story, who captures and holds all the stars to power his asteroid and belongings. After encountering a police officer and an elevator operator – the “Conceited Man” and “the King” from the story – they finally find the Little Prince, who has become an adult named “Mr. Prince” and works as a janitor for the Businessman, having no recollection of his past.

Mr. Prince accordingly takes the girl to an “academy” where she is to be “reconditioned” as an adult by a machine by a tall, slim, sinister Teacher. Recognizing the drawing of his sheep’s box from the aviator’s pages, which he still keeped the original (due to his amnesia, he believe that it might be important), Mr. Prince began recovers his memories and saves the girl from the same fate that he had. They escape together and liberate of all of the stars from the Businessman’s glass vault, which return to their rightful place in the sky. The girl and the fox then take Mr. Prince back to B612, which is overgrown with baobabs. They find the Rose dead, but seeing her image in the sunrise, the baobabs disappear and Mr. Prince turns back to his younger self, giving him renewed hope.

The girl and the fox return home, accompanied by another flock of birds. The next morning, the girl and her mother visit the aviator in the hospital. The girl presents him the formerly loose pages bound together as a book, along with all the formerly missing parts filled in. The girl afterwards begins her studies at Werth Academy and reconciles with her mother. Both of them happily stargaze one night, while the Little Prince and the aviator are heard laughing joyfully together on Asteroid B612. 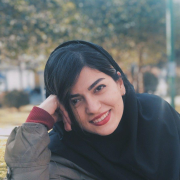 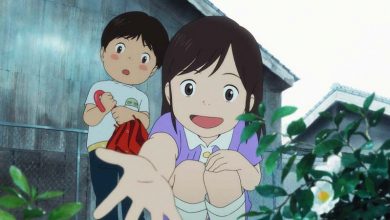 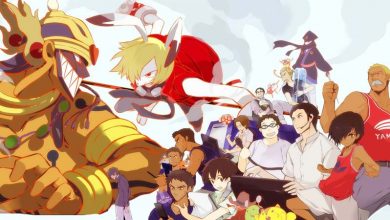 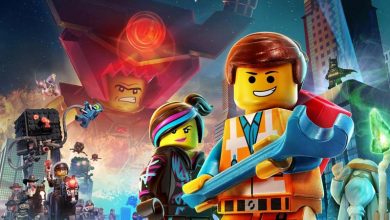 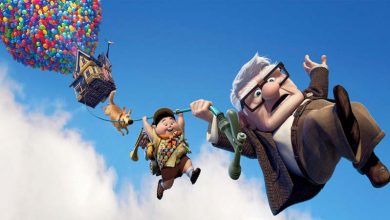